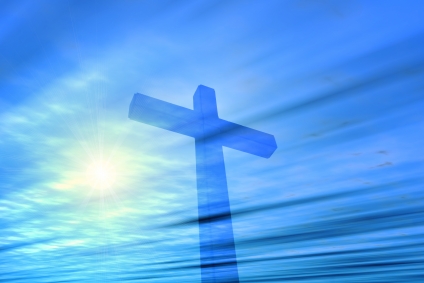 In John’s gospel Jesus says to the unruly temple crowd, “Do not judge according to appearance, but judge with righteous judgment.” – John 7:24 (NKJV)

People often get caught up with how things appear to be rather than making an effort to truly discern how things actually are.

Most rational people know that a good advertising campaign can convince a lot more people to buy a mediocre or even an inferior product, simply because it is made to appear superior to similar products through the advertising hype.

Discerning buyers, however, are seldom attracted to the cosmetic wrapping of a product, or if they are, it is purely an aesthetic appeal. They do not go on to purchase the product if it does not offer something special – something more than the product they currently use already gives them. You need to give the discerning client a reason to change brands.

Yet how many of us practice the art of discernment in our daily lives? We all face a kaleidoscope of images in our daily bustle, regardless of where we are on the planet. Most of us filter this information according to the parameters set out by our culture, language, spiritual beliefs, and what is considered acceptable by the communities we live in. Once an image (or any sensory information) passes through our particular set of filters, we act accordingly.

These filters can be extremely useful in that they reduce the chaos of uncertainty by giving us hooks on which to hang the images that bombard us constantly… Knowing to stop at a red light reduces the risk of a collision; recognising the irritation in your wife’s voice induces your placation (at least, it should); and preventing your child from climbing into the lion’s cage at the zoo could well save her life.

As useful as these filters are, they can also be detrimental to the undiscerning person. It is these very filters that govern our prejudice and bigotry. For example: “I know this homeless person is going to ask me for a buck, so I’ll just cross the road before he approaches me.” Perhaps the man has been specifically sent to give you a word of wisdom from God but through your prejudice, you could lose this blessing because you chose to judge by appearance rather than judging with righteous judgment.

In Jesus’ daily walk, we are shown that He was presented with many opportunities to filter out difficult situations, but instead of always following the rule of law or the strongly expressed opinions of the community, Jesus used his God-given discernment rather than being swayed by popular culture. He healed on the Sabbath, even though it was against protocol, saying to the lame man, “Rise, take up your bed and walk.” – John 5:8 (NKJV)

This angered the people who were stuck in the dreary routine of tradition – to the point that they actually sought to kill Jesus, “because He had done these things on the Sabbath.”[1] Later, when Jesus went to Judea for the Feast of Tabernacles, He deftly negated the traditionalist argument – that no work should be done on the Sabbath – explaining to them that in order to comply with the law of the fathers, they circumcise a man on the Sabbath; so why then should He not make a man well on the Sabbath?[2]

Our troubled planet offers many seductive images about how fantastic life would be if we just opened this policy, or popped that pill, or voted for a certain party. Of course, the flip side of this media hype is all the negative news with which we are bombarded, and a range of disturbing images that are designed to create fear within us. Many people are easily drawn in by this propaganda and readily buy into it, while the discerning believer would rather disengage from these distractions. There are times when we must choose to switch off the radio or television set so we can read God’s life-affirming word instead. Focusing on the cares of this world causes us to become anxious about how things appear to be rather than trusting the spiritual fact that Christ has conquered our enemy and we are victorious.[3]

In response to the Pharisees and Sadducees asking Him to show them a sign from heaven, Jesus called them hypocrites, as they “…know how to discern the face of the sky” but “cannot discern the signs of the times.” – Matthew 16:3 (NKJV). Jesus knew they were trying to test Him but He refused to play their game. He knew that if they were still blind and deaf to who He really is, no amount of signs and wonders would convince them. I am sure it must have frustrated Jesus the Son of Man to see how defiant or obtuse people could be when it served their own selfish purposes.

If the body of Christ is unable to discern the timing of the latter days, will we be sufficiently prepared to usher in God’s kingdom? Jesus made it quite clear that the Church is in control of this situation:

We have to begin using our gift of discernment, because many people, especially those holding immense global power, profess to be doing good while practising dire evil. The Old Testament prophet, Isaiah, strongly condemned this age-old deception:

“Woe to those who call evil good, and good evil; Who put darkness for light, and light for darkness; Who put bitter for sweet, and sweet for bitter!” – Isaiah 5:20 (NKJV)

Jesus also warned us to be wary of this subterfuge in His rebuke concerning the scribes and Pharisees:

“Woe to you, scribes and Pharisees, hypocrites! For you are like whitewashed tombs which indeed appear beautiful outwardly, but inside are full of dead men’s bones and all uncleanness. Even so you also outwardly appear righteous to men, but inside you are full of hypocrisy and lawlessness.” – Matthew 23:27-28 (NKJV)

The world is by its very nature blind to the seductions of the evil one, which brings the role of the Church to the forefront of this spiritual war being waged on earth today. My encouragement to the body of Christ is to apply the words of Christ to your lives to prevent popular culture from strangling His life-giving words. Pray that the Holy Spirit quickens you to an understanding of discernment and begin to seek the truth of every situation, as many current global issues are clothed in a deceitful appearance. When governments and politicians vehemently insist that what they are doing is for the good of their citizens and electorate, we need to test these promises against biblical truths. Abortion serves as an example – the wholesale slaughter of human life does not serve God, it serves human weakness. The appearance is that we have been given greater choice but according to the precepts of righteous judgement, abortion is murder!

How then, as a general rule, do we discern between matters of spiritual importance and trivial matters that make no difference to the strengthening of God’s kingdom? This is what Jesus had to say:

“I can of Myself do nothing. As I hear, I judge; and My judgment is righteous, because I do not seek My own will but the will of the Father who sent Me.” – John 5:30 (NKJV)

When we are seeking not our own will but the will of the Father, we will begin to discern not only the signs of the times, but also how to respond to these signs.

The Apostle Paul advises us about how to recognise the perfect will of God:

“And do not be conformed to this world, but be transformed by the renewing of your mind, that you may prove what is that good and acceptable and perfect will of God.” – Romans 12:2 (NKJV)

A discerning (or judiciously perceptive) spirit is essential to those striving to be more Christ-like.