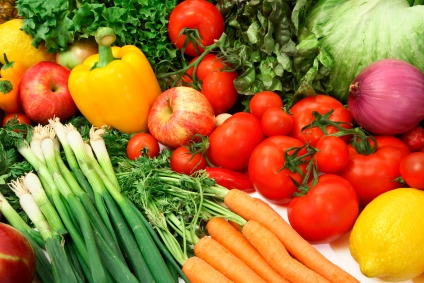 In the Book of Genesis we are given a clear picture of how the grasses, herbs, and trees of the Earth were brought into existence, and how they were created with the ability to yield seed according to their kind. We are also told how God felt about these plants and their ability to reproduce – He saw that it was good:

In the account of creation presented in the Book of Genesis it is revealed that human beings, after being created in God’s image, were give dominion over the earth:

What does it mean that people were meant to subdue the Earth and have dominion over every living thing? To subdue something is to bring it under your control. To have dominion is to assume sovereignty on the earth as God’s steward or regent. Humanity was literally given the authority to control the natural order. We were given jurisdiction over the Earth – the official power to make legal decisions and judgments. So, how much control were we given? Are there limitations to our control? Are we bound to a specific code within our stewardship? I believe most mature Christians would answer “yes” to these questions. Our stewardship was given while Adam was yet able to discern God’s divine will for the Earth. Remember, God saw all He had created, and He saw it was good!

Having created the universe, including the Earth with all its plant and animal life, God created human beings, gracing them with stewardship over the Earth. Then God made His first promise to humanity. He bestowed His first gift upon us as stewards of the Earth, and upon all the creatures who share the planet with us – God promised every seed-bearing plant and tree would be ours for food:

29 And God said, “See, I have given you every herb that yields seed which is on the face of all the earth, and every tree whose fruit yields seed; to you it shall be for food. 30 Also, to every beast of the earth, to every bird of the air, and to everything that creeps on the earth, in which there is life, I have given every green herb for food”; and it was so. 31 Then God saw everything that He had made, and indeed it was very good. So the evening and the morning were the sixth day.” – Genesis 1:29-31 (NKJV – emphasis added)

The first promise God ever made to humankind is that we would have a constant supply of food in every seed-bearing herb and tree. It is the God-given right of humanity and all earthly creatures to eat the naturally reproducing plant matter created by God. The bible tells us this unequivocally. Yet in the face of this unequivocal truth, there are people on this planet today who are doing their utmost to strip humanity of the right to grow and harvest naturally occurring plant matter – deemed by God to be our birthright.  I am referring to corporations who have invested billions of dollars in the biotechnology industry.[1] This industry genetically engineers food crops, altering the basic nature of their seeds. By inserting foreign material into these seeds, they are creating crops that are resistant to certain chemical poisons that are then used to control weed growth in between these crops without killing the crop; or they create crops that are resistant to pests by splicing toxic material into the DNA of the plant. People are forced to imbibe these toxins when they eat genetically modified plant matter.

Many scientists around the world are objecting to this method of crop production, as they believe that when the crops are ingested, the foreign genetic material – in conjunction with the toxic chemicals used to grow these crops – is having an adverse effect on the people and animals eating them.[2]  The fact that this process has been allowed to enter the consumer market in the face of extreme opposition by the global scientific community reflects the gross lack of our stewardship over the Earth. We have handed our stewardship of the Earth to our politicians, who have in turn given it over to multinational corporations. These entities have systematically been proven not to care for people or the Earth. We have allowed our world to be governed by the god of this world, Satan, who uses people to fulfil his will – people who are wilfully ignorant of Christ’s gospel; people who are lured into Satan’s service because they have been blinded by their love of money:

“But even if our gospel is veiled, it is veiled to those who are perishing, 4 whose minds the god of this age has blinded, who do not believe, lest the light of the gospel of the glory of Christ, who is the image of God, should shine on them.” – 2 Corinthians 4:3-4 (NKJV – emphasis added)

Through various, and often nefarious political means, the biotech industry has managed to have laws passed that disallow farmers – who are wooed into trying these genetically modified (GM) crops – to retain any seed from the crops they grow. Every fresh crop of seeds they plant must be bought (at exorbitant costs) from the company distributing them.  The most alarming part of this process is that these modified crops, when planted, infiltrate the natural, God-given crops in the surrounding area through pollination, ultimately destroying these natural strains and replacing them with genetically altered varieties. This is having devastating effects on the natural biodiversity created by God.

Furthermore, once these natural strains have been replaced with genetically altered varieties – even if  farmers who have not planted biotech seeds find them infiltrating their natural crops – these farmers are legally bound to yield all their seed to the company that patented the spliced gene, in spite of the farmers’ attempts to preserve their natural crop. This unnatural cycle is the absolute corruption of our stewardship, and is the perfect illustration of human greed. Sadly, this genetically modified seed is being sold to developing countries who are desperate for a solution to hunger. By agreeing to grow these genetically altered crops, farmers in developing nations are essentially enslaving themselves. The companies selling these altered seeds are clearly putting their love of money above the most important resource on this Earth – people.

What happens when there are no more natural seeds available? The corporations who control the biotech industry will own the world’s seed bank, and people across the earth will have to start buying their brand of genetically altered seeds. The prevention of seed-saving for the following year’s sowing season forces farmers into a cycle of dependence, debt, and poverty. This blatant theft of our God-given birthright is in direct contravention of God’s first gift to humanity.  A plethora of ills have risen in the wake of corporations being given the power to patent life forms, a few of which are listed below.

Indian farmer suicides have increased dramatically, especially due to overpriced GM seeds underperforming, causing bankruptcy;[3] weed and insect resistance has led to increased amounts of glyphosate being used (deemed by the World Health Organisation to be a probable carcinogen to human beings),[4] as well as the introduction of new toxic crop sprays, and the reintroduction of DDT; loss of natural biodiversity due to the aggressive nature of transgenic[5] crops – they simply take over any natural varieties; chemicals used to spray GM crops are killing microorganisms in the soil and contaminating water sources via runoff, which has a knock-on effect, killing aquatic creatures (frogs and fish).[6]

These developments could easily lead to fear but we should rather learn to trust and rely on the Lord for our provision. Be sure to pray, asking for God’s blessing over every meal you eat. Ask the Holy Spirit to counteract every negative effect that may have been introduced into the production of your food. The holy scriptures tell us we can drink poison without a negative effect,[7] so eating food contaminated with GM traits and high chemical residues should not create fear within us. Personally, I prefer to support farmers who grow organic crops from heirloom seed varieties, as this produces more nutritious food without chemical residues, while enriching the land being cultivated – the way God intended us to grow our food. Remember too that those who collaborate in the destruction of the Earth will be judged accordingly:

The nations were angry, and Your wrath has come, And the time of the dead, that they should be judged, And that You should reward Your servants the prophets and the saints, And those who fear Your name, small and great, And should destroy those who destroy the earth. – Revelation 11:18 (NKJV – emphasis my own)

the exploitation of biological processes for industrial and other purposes, esp. the genetic manipulation of microorganisms for the production of antibiotics, hormones, etc.

[2]     World Scientists Statement – The Institute of Science In Society

of, relating to, or denoting an organism that contains genetic material into which DNA from an unrelated organism has been artificially introduced.